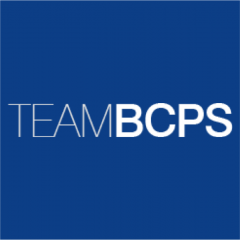 The anticipation for the first year of the “Lighthouse Initiative” at Halstead Academy (Baltimore County Public Schools) was felt by more than just teachers, faculty, and administration.  The students had their own points of view, and their own feelings about piloting a program with 1 to 1 devices.  The students interviewed for this blog were two second grade students who have attended Halstead Academy since kindergarten.  They have been a part of the culture and climate within the building for several years and have experienced two years of education at Halstead without the use of 1 to 1 devices.  Their views and perspectives are true to heart and show the power of engagement through student centered learning.

Over the last several years I have slowly transformed the physical classroom space and teaching style in my classroom to fit the needs of a more modern student centered classroom.  In the beginning of the year, the classroom appears very plain and bare.  There aren’t many commercial posters hanging up and it is clutter free. There is plenty of open work space.  This allows the students to create their own learning with anchor charts that are hung up and taken down throughout the year with new learning. There are no longer individual desks, but tables to allow for constant student collaboration.  I have three different carpeted work spaces and two sets of group tables. There are plenty of pillows and beanbag chairs for comfortable student use.  All four bulletin boards are interactive boards devoted to different subject areas.  The most difficult part of making this transformation was losing teacher space. I no longer have a teacher desk or bulletin board.  My space has been condensed to a black cart with a computer and four stacked milk crates with curriculum materials.  Part of this transformation is making the classroom space 100% for student learning. 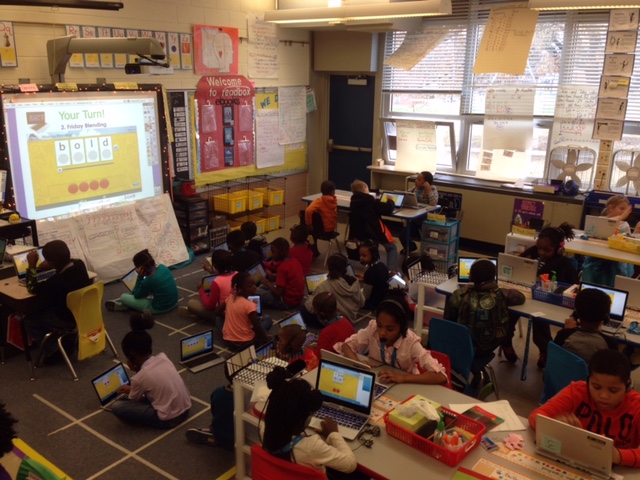 In order to complete this transformation I had to change my teaching style as well.  Instead of leading instruction, and being the center of all learning, I had to step back and become the facilitator of learning.  This was very difficult.  I had to release my students and allow them to work together and explore their own learning.  My reading and math lessons start with a 15-20 minute direct instruction, with the remainder of the time spent in small group instruction and completing independent work.  Small group instruction is differentiated based on student’s needs.  The classroom environment is rarely quiet and there is a lot of movement.  Making the shift to student centered learning, students are more motivated to complete tasks and actively engaged in instruction.  They develop a feeling of ownership with the classroom space and more importantly their own learning.

To gain a sense of the transformation, two students were interviewed from my classroom. They were asked questions about their overall feelings of second grade, how they felt before the year started, and how their feelings changed by the end of the year.  In the beginning of the year Noah stated, “It was fun and interesting. It’s like a little bumps on the way, but other than that it was perfect.”

The next question I asked was about their feelings coming into second grade knowing they would have all new technology at their fingertips.  Noah answered, “I was so excited that second grade was going to be one of the grades that get to use the devices!”  Chozen answered with, “I felt nervous, excited, and happy at the same time. I was excited because in kindergarten and first grade we got to use paper and pencil, now we get to use computers to help us learn.”

Dynamic Growth in the School Year

It was clear that the students were comfortable with using their devices, so I had to ask, just to be sure.  Noah responded immediately with, “Yea, because I wasn’t the best at typing and I thought it would be hard enough that we wouldn’t be using paper and pencil but after like the middle of the year that’s when I improved and started liking the devices even more than the first time I saw the devices.”  Noah’s response was priceless, “mostly the part when those two people came and taught us how to program Lego robots, I think that was the funnest. We got to use the computer and we actually programmed a robot made out of Legos! Isn’t that kind of impossible?”

I wanted them to share some final thoughts about their second grade year and using technology.   Noah replied, “Uh yes, yes, it’s that people who don’t really like learning and just like to have fun and do something else, well they won’t really know how to use it if they don’t go to school because they teach you how to get ready for it, and once you’re doing it you’ll just be awesome.”

I can assure you that the responses from these second graders were true and honest.  From day one of rolling out the devices for the students to use, the students were engaged, motivated, and came to school ready to learn.  Like Noah stated, “there were some bumps along the way,” but stick with it.  Everyone was learning about using the devices together. Some days we want to pull our hair out, but we had fewer and fewer days like that as the year went on, and more and more days of authentic learning.  Don’t be afraid to let your students go, you’ll be blown away with what they can do and how quickly they learn.  They’re just as nervous as you, and then you’ll be just as excited as them.

Mike Beal - Teacher at Halstead Academy -Team Halstead - Halstead Academy is a Title I school located in Baltimore County, Maryland. Halstead Academy, once a failing school, is now a model school in Baltimore County. The past year, Halstead served as a "Lighthouse School," which means it piloted the system's 1:1 initiative that provides Intel-based 2 in 1 devices to students in grades 1-3.  The county has named this initiative S.T.A.T (Students and Teachers Accessing Tomorrow) and its focus has been on transforming teaching and learning.  In this blog, readers will hear about lessons learned from Mr. Beal's second grade class' first year of implementation and how the school will begin year two when the 1:1 initiative goes school-wide.