Building a Community for One-to-One 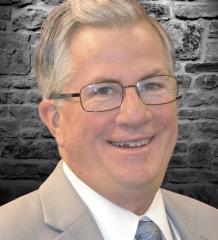 So much is written these days and available online about one to one computing. For example, a recent Education Week Spotlight provides a variety of articles on the subject from the 30,000 foot level for school districts and very good tips for smart use in the classroom. However, an important perspective to consider for a successful 1:1 computer implementation is a school-wide look and examination of the entire learning community. In my posts, I will share my lessons learned and experiences as a high school principal starting the fifth year of a one-to-one computer environment.

Nex+Gen Academy is a school of choice in the Albuquerque Public Schools (APS) -- one of the 30 largest school districts in the United States. In the fall of 2008, business and community leaders led district leadership on a visit to several successful schools that were part of the New Tech Network. Representatives from Sandia National Labs, Intel Corp, the NM Business Roundtable, the Albuquerque Economic Forum, and the Hispano Chamber of Commerce were pleased to see what they were looking for: smart use of technology with students able to access computers and the Internet at any time. What provided the evidence that led to a commitment to build a New Tech School in Albuquerque was the interconnection of smart use of technology with a project-based learning approach and a culture that promotes core values of trust, respect, and responsibility. The results of this model observed in North Dallas, TX, for example, were high levels of student engagement and growth along several measures beyond standardized test scores.

Soon after this trip, agreements were made. The APS Superintendent committed to allocating capital funds to design and build a new small school for 400 students.  Intel Corp offered funding to complete the district’s start-up technology funding for new schools to create a 1:1 computer program and Sandia National Labs agreed to pay the school development partnership fees to the New Tech Network to help with the design and support the implementation of the innovative learning environment.

Making technology decisions that would impact four years of learning.

As the founding principal/director of nex+Gen Academy, I chose to focus not just on a technology master plan, but a full School Project Development and Implementation Plan. The technology plan would be connected to the professional culture and that meant working with the local teachers union. Another key was to connect the design of our new building to our technology decisions through our architect. Working closely with the New Tech School development coach and accessing a library of tools and resources from the network would be critical to our success. We brought plans from these areas together into a master plan for design. An advisory group, comprised of the original partners and other key voices in our community, was significant to a successful opening of school in August 2010.

The watershed event that put our technology plan on solid footing was a Tech Summit in January of 2010. Present at this four-hour meeting were an Intel Enterprise Engineer and director of Education Outreach, representatives from Promethean, Oracle, Adobe, New Tech, and the local Apple and Intel platform contracted companies. Also in attendance were representative from several district departments that rarely met together on a project design team like this one: hardware, networking, and instructional support. Bringing all of these folks to the table resulted in a solid plan that would meet our ultimate need: an innovative learning environment that would best prepare learners for college and career.

Four Years later, nex+Gen’s first graduating class of learners that began as freshmen in August, 2010, proved they were well prepared for college and career. Some signs of that:

Future blog posts will look at some of the successes and the challenges of our four years of one-to-one experiences.

Dr. Michael Stanton is the Founding Principal and Director of nex+Gen Academy, a small School of Choice in Albuquerque Public Schools. nex+Gen is a member of the New Tech Network. He earned his Ph.D in 2009 from the University of New Mexico, College of Education in Organizational Learning and Instructional Technology with a minor in Educational Leadership. His school is an Exemplary School and Demonstration Site for wall-to-wall project and problem based learning, smart use of technology in a 1 to 1 setting, and a learning community and cultural that develops and supports core values and enduring skills in agency, collaboration, inquiry and analysis, and communication.