Our public education system was built on the premise of local control, with the belief that communities knew what was best for their children. We focus on our children’s needs and determine the best way of providing them effective student learning. The more up the data food chain we go…..districts, states, countries, the more we ultimately focus on student achievement – that which is formally tested. But there are some significant differences between student achievement and student learning.

And today, the adoption of Common Core State Standards is viewed more as a bully than an ally. In the years since the Common Core movement was launched, seemingly most states, politicians, parents and educators have turned against the once-seemingly noble effort. 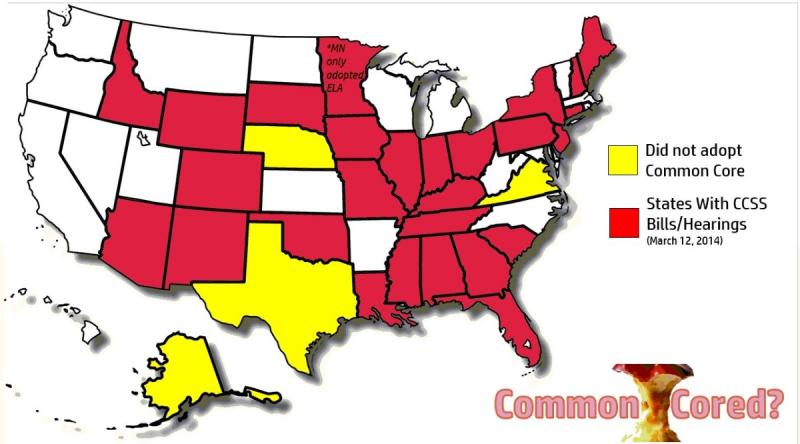 Why? Reading the countless articles and OpEd pieces, parents, educators and privacy experts have all taken various facets of Common Core to task on such issues as:

Most parents, when asked, rate their child’s teacher and school higher than they do the entire state of education as it is today. Because those closest to their child already understand those needs the greatest, and resolve to the best of their ability to improve student learning.

The media loves the term “student achievement.” On the surface, many lead with the directive to make tests longer and harder, and in spirit, their motives are genuine, but flawed. Good testing and good learning should go hand in hand, but when we choose to focus on only student achievement – and not student learning, their efforts will fail to deliver the desired outcome.

“No Child Left Behind” is obsolete and was in need of early intervention years ago. Achieving 100% proficiency in certain standards by 2014 was noble but not obtainable, and jeopardized our states’ funding. While we wait for Congress to eventually put rhetoric aside and focus on helping every child, we do not have to sit idly back and wait.

So as we look at Common Core Standards, should we look to our fellow states to try and come up with a better plan, hope that investing in Race to the Top Funds will solve the problem? Or should we collaborate to try something truly disruptive? Albert Einstein once said, “Insanity: doing the same thing over and over again and expecting different results.”

Let’s ask ourselves a simple question….WHY do we assess student performance? Is it:

To quote the National Board for Professional Teaching Standards, “What is tested counts, but much of what counts cannot be tested.” I have to wonder if it cannot be tested, or we choose not to figure out an effective way to test for it.

Should standards be national or local?

When initially developed by the National Governors Association and the Counsel of Chief State School Officers, the idea of “shared standards” came as close to a set of national standards for ELA and Math as we could. But to what ultimate goal? Initially, the objective was to ensure that graduating high school seniors are ready to excel in either their college or career path.

And today, it appears there is quite a gap. A recent ACT survey found the 89% of K-12 teachers felt their students were “college-ready” yet only 26% of college professors agreed. Yet, even with Common Core standards, are we to expect consensus between K-12 and higher education educators? Without an accepted reading list in Common Core ELA, how can we expect students to excel in ELA if professors may still find varying discrepancies in preparedness?

Could we leverage the spirit of Common Core and yet still embrace more of the local decision-making and control that was the foundation of our public education system? Could individual states collaborate on a state-wide level to address college and career readiness with the outcomes in mind, versus the initial test scores? In this model, we could establish benchmarks by the very foundation that Common Core was born.

Developing personalized learning models (also called 1:1 learning), such as those recently adopted in Huntsville, Alabama has shown growth in proficiency in Reading from 48% in 2011 to 74% in 2013, and Math from 44% in 2011 to 67% in 2013. Yet, buying many devices alone is still a recipe for failure, without proper curriculum, infrastructure, professional development and sustainable funding methods. Only by making technology part of the solution - rather than the solution itself - can schools accomplish such results.

In the 2012-2013 school year, HP set out to focus on subject mastery vs. test scores. We created a proof of concept test for a Personal Learning Engine, focusing on students who previously failed Algebra. When retaking the course in a traditional class, a school system in Arizona saw 31% of students pass with a grade of C or better. But when similar students were also given access to a personalize learning tool in addition to their traditional classroom model, over 64% of those students passed with a grade of C or better.

Creating higher standards is a noble effort. States and educators should be commended for their desire to constantly raise the bar in terms of student learning. But ultimately, any K-12 initiative requires the engagement and support of all stakeholders. The Common Core movement had promise, but its lack of stakeholder commitment has quickly unveiled its flaws. Working collaboratively with all stakeholders, individual states can re-imagine standards and demonstrate a more effective model which delivers the desired outcomes the original program hoped to accomplish, and explore and adopt new ways to re-imagine the classroom to help educators achieve these goals.