$35, $500k or Priceless? How much are mistakes regarding policy, privacy and security impacting your institution? At a recent conference, I posed this question to college presidents, provosts, CIOs and chief academic officers during a pre-conference event, and the discussions and level of interest suggests the issues raised are relevant to college officials nationwide.

What’s interesting about each of these potential problems? The advanced technology involved in these potential costly issues to a university is nothing more than an everyday printer. Yet each reinforces the need why institutions need to consider printing as a strategic and critical operation of the college, vs. devices randomly purchased.

Let’s take a quick peek into the dollar figures cited:

$35 – Costs for ink and paper when a student prints a color copy of a black market digital textbook
Based on well-established surveys, students even as young as age 6 still enjoy reading from paper books rather than those on screen. Approximately 78% of students surveyed are using print or a hybrid print vs. 21% reporting they use only the eText. As I’ve previously written, the costs for college textbooks have risen a dramatic 812% over the past 35 years, a significantly higher rate of inflationthan other major factors, such as housing, healthcare, and more than three times the consumer price index during that same window of time. As a result, the rising costs of textbooks are turning some students to the “black market,” downloading illegal PDF copies of the books. The frugal student then goes into the library, or some other lab on campus where they know printer volumes are not tracked. Thirty minutes later they emerge with an entire 500 page textbook printed for $0 out of their pocket. To the publisher, it is lost revenue. To the college, it can be as much as $35 or more if that textbook was printed in color.

$500k – Cost your institution is forced to pay for credit monitoring when a printed student roster goes missing
As institutions of higher learning, security of networks and devices is often a priority. 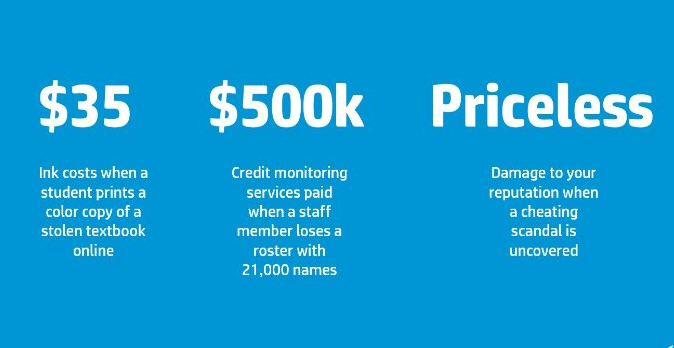 Yet the same often isn’t true when it comes to the printers across campus. Take an instance that occurred at Nassau Community College in 2006, an institution where I previously taught and respect highly. As shared in the following article, a staff member printed an d was cross-referencing data on a student roster, listing over 20,000 students and personal information, including social security numbers. The staff member walked away from their desk for 10 minutes and found the roster missing upon returning to her desk. Not only did news of this inadvertent but careless mistake embarrass the institution and tarnish its reputation, and require reporting to the FBI and Department of Homeland Security, it cost the college $500k as it offered to pay for credit monitoring to 21,000 students impacted by the mistake. FERPA compliance infringement can be a very costly problem to colleges. 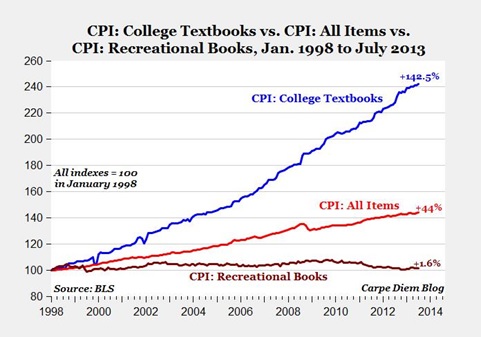 One of my favorite scenes from the movie Animal House was watching John Belushi’s “Bluto” sneak up on the dumpsters to try and find a piece of carbon paper so the fraternity could cheat on the mid-term exams (for those of you not familiar with carbon paper or mimeographs, thank you for making me feel old). But academic dishonesty has evolved over the years. Online plagiarism and professional paper writers are now giving way to the next generation of  cheating…man-in-the-middle attacks. In essence, a professor prints out an exam on a local department printer and, unbeknownst to them, copy of the exam was also sent to the hacker who intercepted the transmission.

Taking a solution such as Managed Print Services goes well beyond the basic consideration of saving money on per-print costs. When done correctly, not only can an MPS model help save money and protect secure information, but it can also improve workflows, save time and ultimately provide students and staff with a better customer-centric experience. 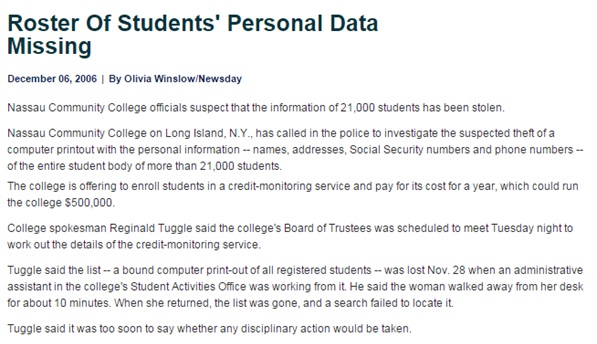 But for those who continue to relate printing to procurement exercises and focus solely on cost savings alone, ask yourself this. Which one of the following scenarios will upset your college board of trustees the most…the $35 problem, the $500k mistake, or the priceless damage to your reputation?

Elliott Levine is Americas Education Strategist for Hewlett Packard. There he works with schools and universities to support major educational technology initiatives and was co-inventor of the HP Personal Learning Engine (US PTO PCT/US2013/062777), an effort that has him featured as one of three employees at www.hp.com/go/jobs. A former K-12 official and regular public speaker, he has worked for and launched startups in the education and marketing industries. You can learn more about him at www.linkedin.com/in/elliottlevine/.