Fear of the Blank Page Part II: Not the Same Old Story 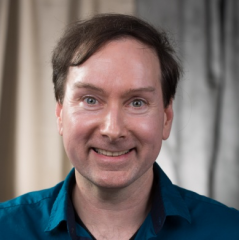 When I do writing workshops in middle schools, I often trot out a fun group exercise where the class writes a story live, together. By making ideation a group exercise, you can often overcome common obstacles and jump-start creativity. This also instills confidence within the group and paves the way for future prompts that tackle more specific aspects of writing.

Armed with a computer and projector (not to mention a great deal of patience), I ask the students to first create principal characters: a hero, a villain, etc. Then we choose a setting: a place that would provide a fertile backdrop for the characters. Lastly, I help facilitate the telling of our group story by using a basic three-act structure as a template. There are several ways that you could do this. One is by opening up a Google Doc and creating a story outline in front of the class. What I like to do is use a Concept Mapping app such as Learning in Context: Concept Mapping (For Chrome; for Windows). Concept Mapping apps or software help you to keep track of characters and plot points, and arrange them visually—drawing shapes, adding text and connectors—which is great help in creating a live story flow. After the initial brainstorming session, I transfer the information to a Google Doc and break it out into a three-page story, with each page representing the classic three-act structure. When my workshop is finished, the teacher can use this Google Doc to continue work on the story: honing it, deepening it, and then proofreading.

The responses, when strung together, almost always seem tangential at first. Without warping or re-shaping the raw creativity too much, I translate the responses into something that makes sense as a story—set-up to complication, complication to resolution—with each response feeding the next in a natural way.

Here is one story brainstorm from a quick classroom session. The characters were a Good Wizard and a Bad Wizard. The setting was Super Mario land:

“Each of the wizards has their own army. The Bad Wizard tries to kill the Good Wizard’s friend, but the Good Wizard intervenes and receives a broken leg for his trouble. Little do they know, but both wizards are secretly brothers. The Good Wizard stumbles upon this (after all, it’s pretty easy to stumble with a broken leg) as he uncovers the Bad Wizard’s plot to kidnap a member of the Wizarding Royalty. The Good Wizard begins his quest to rescue the abducted royalty. The Good Wizard breaks into the Bad Wizard’s secret hideout, rescues the queen, and—upon being discovered—wages a catastrophic battle with the Bad Wizard. Unfortunately, the world blows up, leaving just one large piece of rock floating in space. A passing rocket ship of surviving astronauts, in orbit during the disaster, dubs the rock New Earth as they go about their mission. One person, however, is still alive on New Earth. Lindsay Lohan! She, after examining the rubble, learns of the wizard battle that destroyed her planet and vows to become a wizard herself to begin the New Earth, populating it with her conjured minions!”

Words Fly When You’re Having Fun

OK, so these stories are a few sandwiches short of a picnic, sanity-wise. But this exercise gets children excited and empowers them with the realization that they are vibrant, creative beings and—with a little discipline—they can harness this energy to create fun fiction, and perhaps learn something along the way.

Writing should be, essentially, a game: a mental board game where the goal is to never be bored. As with any board game, we must have play governed by rules.  Without rules, the options for play can become almost paralyzing (having too many choices can be about as fun as having no choices) but with too many rules, the game is no longer fun and young writers are left with no space for risk (unless, of course, the game you’re playing is Risk).

Hopefully these posts have been helpful and given you a few new ideas on how to kick-start student-writing in your classroom. What strategies do you use to get your students to write?

This post was originally posted to the Clarity Innovations, Inc Blog