Is Your Data Center in the Right Class? | K-12 Blueprint

Is Your Data Center in the Right Class to Support Real-time Learning? 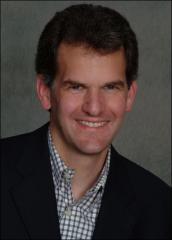 With more centralized applications servers, the data center is becoming the heart of schools’ access to information. The data center is usually defined as the school or district’s main location for storing computer data. It usually doubles as the dropping-off point for access from the Internet. Therefore, it is the essential link to most education information. Is your data center ready to support the reliability and demand that your staff will place on it in the next few years?

So how do you build or improve your data center to provide the reliability you need? Here are some quick tips to look at in various areas:

We will start with examining Tip No. 1, Electrical Systems, in this post. We will examine the rest of the tips in a subsequent post.

I have found in my own practice that the single greatest risk to our computer operations is the reliability of the electrical systems. When the power goes down from our utility to a school, computers and telephones are often totally down at that school for 4-6 hours. The design of the electrical systems is critical to the reliability of the overall network.

For electrical system design standards, I have looked to BICSI. It is the professional organization that supports voice, data, electronic safety/security, project management, and audio/video technologies in the computing and telecommunications industry. For data center electrical systems, the manual from a recent training session lists five categories of electrical systems, along with a brief description of each category (D125, Data Center Design and Best Practices, Module 8, page 8). Class F0 is the lowest class, while Class F4 is the highest.

Class F0 – The single power data center without any one of the following: alternate power source; UPS; proper IT grounding

For Class F2, the recommendation is to add redundancy to individual components of the critical systems. For the UPS battery backup, this would mean that if a UPS had one coverage module that failed, the UPS would have an extra module capable of handling the entire electrical load of the failed module. If the UPS had three operating modules, a fourth would be needed in case one failed. This redundancy is called N+1 component redundancy. To reach the more reliable Class F2 rating, the all data center electrical equipment should meet the N+1 component redundancy requirements.

For Classes F3 and F4, the recommendations build on Class F2 by adding full redundancy to some or all electrical equipment and feeds, instead of just requiring redundant components. For Class F3, the recommendations add a second power feed. The redundant power feed must extend from the utility entrance all the way to the critical electrical loads in the data center. This allows maintenance to be performed on the electrical systems without down time.

For comparison purposes, my own data center has some higher level components, but it does not have a generator (yet), so it is a Class F0 electrical system. However, when I looked at the District’s requirements for reliability, I came up with a Class F3 Data Center, including uptime of between 99.99 and 99.999 percent. That would mean that I would need at least a Class F3 electrical system.

For my future action items, I would like to review the Data Center design and then split the work that needs to be done into projects that can be completed over time. I hope to start by adding that generator. What do you need to do?

Craig Williams is the director of information services for Illinois School District U-46 in Elgin, Illinois. He and his team are overhauling the district’s infrastructure and seeding technology into classrooms, to ensure the all of the district’s culturally-diverse students have the opportunity to expand their learning and achievement. His previous work with schools, first as a building architect, then as a technology design consultant, provides him with a broad perspective on planning for improved student learning. Williams currently serves on the Board with the Illinois CoSN chapter - Education Technology Council of Illinois.