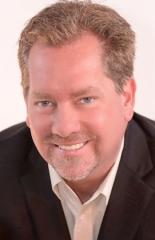 A few weeks ago I was fortunate to be able to attend BETT (British Educational Training & Technology show) in London. The size of the exhibit hall is enormous. I don’t have the actual data to say just how large it is, but it felt like it was large enough to swallow the ISTE exhibit hall. And there were hordes of teachers, technology integration specialists, technology directors and others from all parts of the world. It was truly an ed-tech bazaar.

As I wondered up and down the aisles passing dozens upon dozens of exhibitors hawking everything from computers, tablets and apps to furniture, 3D printers and virtual reality glasses it struck me that we are out of control. I’ve had the same feeling as I walked the ISTE exhibit hall or read through conference programs with an unending parade of sessions about how to use this device or that app or whatever.

I’ve seen schools with digital projectors and interactive whiteboards in every classroom, but students and teachers struggle to use computers desperately needing to be replaced. I’ve visited schools with a shiny new device for every student, yet with terribly insufficient bandwidth. We hear incessant complaints about the lack of professional development and technical support, yet districts (and their parent groups) continue to buy new technology at a dizzying pace, much faster than anyone could possibly learn them, let alone fully integrate them into their instruction and work.

I’m not trying to be overly critical of professionals who I respect greatly, but I just don’t understand. Why do we continue to want more stuff when we have yet learn how to use what we have, let alone have we made sure that we’ve done everything we can to get the value out of the investment that is most often made with taxpayer dollars? What is this obsession for “bright shiny objects” teaching our students?  “Don’t worry about investing your time to really learn something because you’ll be on to something else soon enough.”

What if we stopped buying new stuff other than to replace the really old stuff that we really use a lot and is really important to us? What if we made the effort to learn even 50% of a software’s capabilities before we buy something different? What if, rather than buying new stuff with a few days of PD, we just invested in a few days of PD to learn the stuff we already have? For that matter, what if we stopped buying technology stuff for teachers that they didn’t ask for and may not want?

I know this sounds curmudgeonly, like the stereotypical “Mr. No” IT guy, but that would be an unfair characterization. I’m simply trying to be a voice of reason. We need to be more thoughtful and deliberate with our review, selection and adoption of technology. Our students are not going to be disadvantaged because they don’t have the latest iGadget, nor will teachers be hindered from teaching without the absolute most recent version of an app. Let’s stop acting as if ed-tech conferences are the equivalent of a chaotic, nighttime bazaar in a foreign land and instead use them as opportunities to connect and learn, rather than shop.

Let’s bring some sanity back to ed-tech and maybe we can at last realize the potential we all believe is there.

Bob Moore has enjoyed a career of 26 years in education technology. His work has included more than two decades as a CIO in K12 schools and several years as lead strategist for a multi-billion dollar global ed-tech business, as well many years of active leadership in organizations such as CoSN. In 2012 Bob founded RJM Strategies LLC and works with schools and ed-tech business clients as a strategist, advisor and subject matter expert. His life’s work is grounded in his tenacious commitment to vision, innovation, integrity and practicality. Follow Bob on Twitter @BobMEdTech. See Bob's Profile and Connect on LinkedIn at http://www.linkedin.com/pub/bob-moore/0/ba4/675/